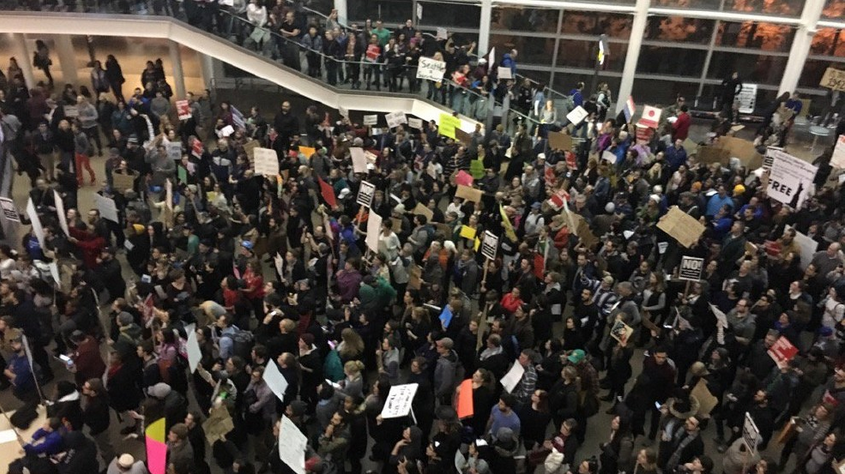 This Protest Made Possible by Light Rail*

Seattle was able to descend on Sea-Tac airport to protest Trump’s ban on Muslim immigrants and refugees tonight because light rail goes right there.

The Port of Seattle figured this out, and at around 6:30, they had Sound Transit shut light rail down.

After a half hour and plenty of online protest, Sound Transit restored service.

The Seattle Transit Blog has the details and also reports that Sound Transit CEO Peter Rogoff said he never approved the shut down and restored service the minute he found out about it.