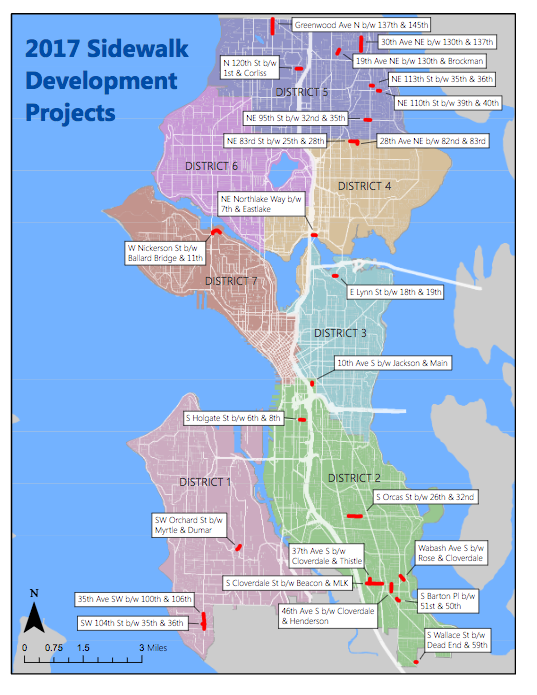 We’ve all seen the president’s budget proposal with its devastating cuts to social services, health care, working families, and the environment.

One cut that doesn’t get much attention, but that slashes the investments at the intersection of these fundamental priorities: Trump’s $2.4 billion hit to the Department of Transportation—a nearly 20 percent cut.

All of us depend on transportation infrastructure as the basic operating system that gets us to work, to school, and just about everywhere we need to be in our daily lives. And gets us there safely.

By taking a sledge hammer to the DOT, and specifically cutting federal programs that have funded Seattle light rail, Seattle Rapid Ride buses, the Center City connector, and the Mercer East and Mercer West upgrades—the White House has made their vision clear: They are deprioritizing you. And your safety.

Our budget prioritizes you and your safety.

As people in this community know, because you called for it, in late 2015, we redesigned a one-mile stretch of Rainier Ave. S. from Alaska St. to S. Kenny St., lowering the speed limit, installing pedestrian crossings, going from four lanes to three with a dedicated center left turn lane, and prioritizing bus lanes.

The results are clear:

Injury collisions are down 31 percent.

Ped and bike collisions are down 40 percent.

Total collisions are down 14 percent.

And this is worth stating. And stating slowly: Our pedestrian safety fixes and lane redesign improved travel times for transit by three minutes during peak hours.

That work was part of our vision.

Because the Rainier Ave. project has been so successful, today I am announcing that we’re accelerating Phase II of the Rainier project just a few blocks east of this elementary school— a $2.25 million project to add new marked crosswalks, dedicated left turn lanes, new, pedestrian-friendly signal timing along two miles between S. Kenny St. and S. Henderson.

Rainier will be one of eight Vision Zero safety corridors we’ll be completing in the next two years, including a improvements on 65th St NE.

Of course, as we already announced, as part of our investments to enhance pedestrian safety in Seattle, we’re also making pedestrian upgrades in the blocks immediately around MLK elementary—a $130,000 Safe Routes to School project.

Thank you Principal Thomas for championing traffic safety and thank you for your commitment to getting more kids walking and biking safely to school.

Like you. I see this as an important investment in social justice.

And we need more. And that’s where our Pedestrian Master Plan update comes in.

This investment, prioritized by Seattle voters when they passed the Move Seattle Levy, will put us right on schedule to build 250 new blocks of sidewalks by 2024.

For this 50-block build out, our priority is connecting neighborhoods and people to schools and transit.

One thought on “Sidewalk Values”