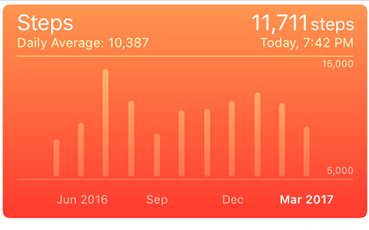 A new study from the U.K., comparing the metabolic profiles of mail carriers and postal office workers  at a Glasgow post office, found that the goal should be more like 15,000 steps per day.

The New York Times has a story on it:

They turned to postal workers in Glasgow, Scotland.

The Glaswegian mail carriers generally cover their routes on foot, not by driving, and spend many hours each day walking, the scientists knew. But the mail service’s office workers, like office workers almost everywhere, remain seated at their desks during the bulk of the workday.

This sharp contrast between the extent to which the workers move or sit during the day could provide new insights into the links between activity and health, the scientists felt.