In Defense of Tearing Things Down

Legacy Businesses are spots that hold cultural and historical significance for local communities.

In Bethesda, Md, the suburb where I grew up, Tastee Diner is considered a legacy business; I spent thousands of teenage hours there talking about Ronald Reagan, music, revolution, international trade, and other grand high school concerns.

Today, Tastee Diner is in danger of closing because Marriott Inc.  wants to buy the property as they expand their headquarters in downtown Bethesda.

I’m not in favor of this specific redevelopment—”a 22-story office tower and a Marriott-branded hotel”—because I think downtown developments need to include housing and a mix of ground-floor business rather than monolithic corporate uses. (A 22-tower office tower sounds pretty ugly.) And in principle, you should only replace old stuff with new stuff if the new stuff is actually an add…

I’m not knee-jerk pro-development and Tastee still seems to provide a legitimate function. (I drop in once a year when I visit my parents, and it’s still doing brisk business.)

But you’re not going to find me blocking the bulldozers because I’m also not knee-jerk pro-preservation. And I’m definitely not in favor of mandating nostalgia.

This brings me to the Seattle City Council. The council’s call to preserve legacy businesses sounds like a quixotic fight against change.

Seattle is currently in the throes of anxiety about development (and change), and the Council is thinking about dedicating City dollars to save legacy businesses by “direct[ing] assistance to historic businesses, along with [giving] financial incentives for landlords to keep renting to those businesses.”

Picking which local businesses are “legacy businesses” is a muddled, subjective exercise in the first place that will raise thorny questions about whose cultural touchstones are being prioritized and whose aren’t.

But that’s not my main objection to the idea of legacy businesses. For me, it comes down to asking what’s cued up to replace the business. Am I sad that Sunset Bowl in Ballard is gone? Yes. Am I sad Piecora’s Pizza on Madison is gone? Definitely.

But, given that we’re in the middle of an affordable housing crisis that requires building more housing to maintain community, I’m glad about the 233-unit multi-family housing development that went up in place of the Sunset Bowl and about the multi-family apartments that are going up at the old Piecora’s spot. (The Piecora family also sold the property for an impressive $10.3 million, so I’m not sad for them.) If Tastee was being replaced with a mixed-use development, I’d be thrilled.

By the way: legacy businesses can certainly transform with the times by coming up with  new, relevant and inspired missions that simultaneously honor their pasts—like Scarecrow has done in Seattle’s U. District, taking on the responsibility of becoming a film education non-profit.

And I’m certainly a fan of historic preservation like the museum at the Lexington-Concord battlefield in suburban Massachusetts, or  the Lorraine Motel room in Memphis where Martin Luther King Jr. was assassinated.

Honoring historical events by preserving the places where they happened is educational and beautiful and lively; on my 2006 Boston Tea Party sojourn to Griffin’s Wharf, which was closed for repairs, we slipped through the yellow tape and threw Starbucks coffee into the water below.

To be honest, my seemingly dismissive attitude about sentimental spots runs counter to my own, overly-nostalgic DNA. 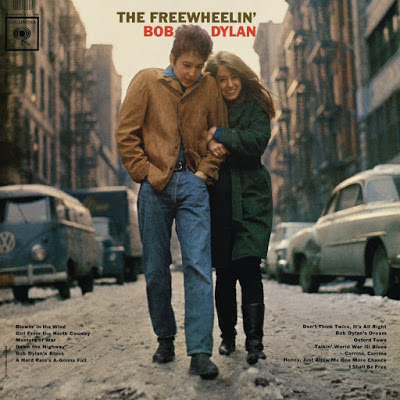 But I do know this: While we can celebrate the past, we can’t live in it.

The rich cultural je ne sais quoi of local spots doesn’t disappear when the physical space does. I’ll always be animated by the memories of piling into Lee’s van after the high school theater cast party to go to Tastee for a chocolate shake with a side of fries & gravy, and hanging out there until 3am.

But do we need Tastee Diner to linger 30 years on in order to cherish what happened there?