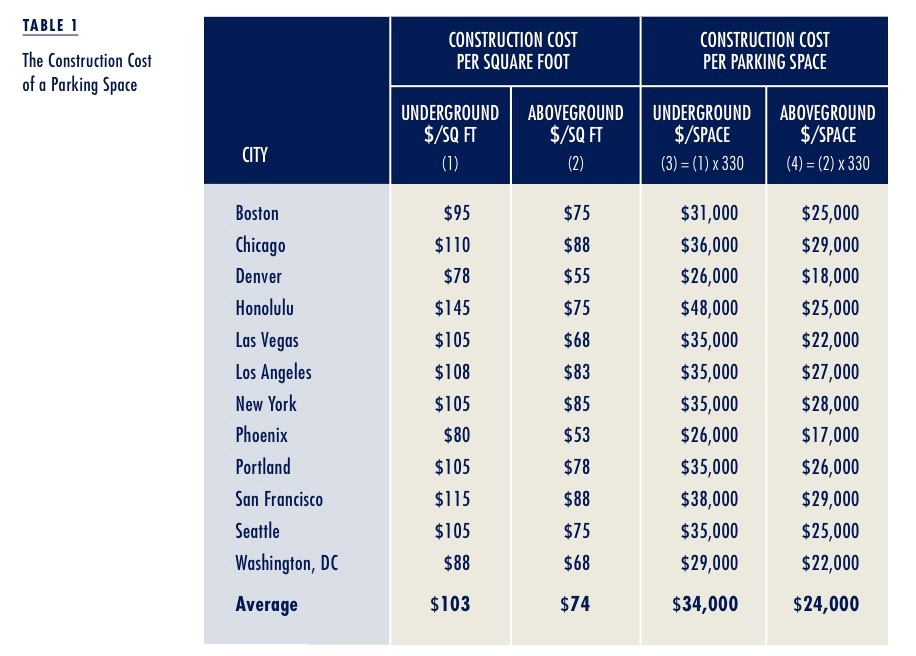 Several years after it was first proposed, the city is finally considering legislation to allow shared parking, which would allow residential buildings to open up garages to non-residents; it’s sort of like airbnb for parking spots.

Report after report has shown that both residential and commercial parking spots are going unused. Earmarking those spots as a shared neighborhood resource for both residents and shoppers can alleviate the on-street parking crunch. According to a King County study, 30 percent of off-street parking in residential buildings “was not being utilized” in the evenings—and about 70 percent during the day. And Capitol Hill Housing, which has also been advocating the idea for years, found about 30 percent vacancy in the evenings and more than 50 percent during the day in the mixed-use residential and commercial buildings it surveyed. (The King County study only looked at residential buildings.)

Shared parking programs can also undo the unfair embedded housing costs for renters  who aren’t using the spots (like me).

It costs about $35,000 per spot to build parking in an underground apartment complex. That steep price tag hits developers with a loss, which they can certainly make up by increasing rents.

It costs about $35,000 to build the average underground space in Seattle, and even if each stall is occupied and paid for by tenants, the building owner often takes a financial loss.

Some researchers have argued that developers make up the cost by adding to rents across the board — even to tenants without parking. A local study by Sightline found buildings in Seattle with parking charged about $250 more per month for rent than those without a garage. Researchers from around the world have come to similar conclusions.

The pass through to renters adds about 15 percent to the cost of an apartment.

But couldn’t a shared parking program inadvertently incentivize developers to build parking? Perhaps? But given the steep upfront costs, the potential loss, and the subsequent overhead for trying to get into the parking garage business, it doesn’t seem likely.

And conversely, it’s more likely to inhibit developers from taking on the original parking costs. Think about it: If a new development is going up next to an existing building, where average off-street parking vacancies stand at 30 percent, the developer will have an opportunity to scale back its traditional parking construction costs and potential losses and partner with the owner of the neighboring building, offering guaranteed parking to its tenants at a spot right next door.

Certainly, shared parking plans make driving easier—which runs counter to the urbanist program. But by making it easier for new development to forgo parking, particularly in denser mixed-use neighborhoods, the hope is that the offset of subtracting cars from the urban equation will outweigh any increase in driving.